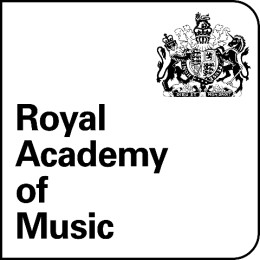 The Royal Academy of Music is delighted to announce the appointment of Gareth Hancock as Director of Royal Academy Opera from next academic year, 2016/17.

Jonathan Freeman-Attwood, the Academy’s Principal, said: ‘I’m delighted that Gareth Hancock will be taking over the reins of Royal Academy Opera from July 2016 after outstanding periods of leadership under Iain Ledingham, Anthony Legge and Jane Glover. The post of Director of Opera attracted some exceptional candidates from all over the world as we looked to appoint a top-class musician with a truly inspiring educational vision. As we move into an especially exciting era with the construction of new theatre, Gareth’s remarkable qualities will help RAO to consolidate and develop its reputation as one of the world’s very best opera schools. I much look forward to working with him in the years ahead.’

Gareth Hancock is an alumnus of the Royal Academy of Music and is currently the Academy’s Head of Preparatory Opera. He has conducted at Glyndebourne, Opera North, English Touring Opera, the Royal Philharmonic Orchestra and the Philharmonia, amongst many others. As an accompanist he has appeared at all the major London venues and throughout Europe and the USA. Opera magazine wrote ‘Gareth Hancock did not miss a trick’ in his conducting of Royal Academy Opera’s Walton/Berkeley double bill in May 2015. He will conduct Rimsky-Korsakov’s May Night for Royal Academy Opera in Spring 2016, part of an imaginative series of opera ‘on the road’ during the construction of the Academy’s new theatre.

Jane Glover, Director of Royal Academy Opera since 2008, will conduct Le nozze di Figaro at Hackney Empire in October/November in the opera directorial debut of Janet Suzman. Tickets are available now. From July 2016, Professor Jane Glover will become the Royal Academy of Music’s first ‘Felix Mendelssohn Emeritus Professor of Music’ — in which role she will continue to contribute to the Academy’s musical life as a conductor, coach, mentor and researcher.

The Royal Academy of Music has an outstanding reputation for training some of the most talented singers for professional operatic careers. Royal Academy Opera is a specialist and intensive postgraduate programme for those with the potential and aspirations to succeed as principals at the highest international standard. It provides a highly focused study period in which advanced singers work closely with the Academy’s distinguished singing professors and prestigious visiting artists (including Thomas Allen, Barbara Bonney, Susan Bullock, Simon Keenlyside, Angelika Kirchschlager, Dame Felicity Lott, Ann Murray, Dennis O’Neill and Brindley Sherratt) and gain unrivalled performance experience.